Mohanned Al Firas has authored/co-authored over 25 research/publications in peer reviewed reputed journals and presented papers in numerous conferences. His areas of interest include wireless communications, digital image processing, and channel coding. Currently he is the general chair of two International Conferences and members of over 40 International Conference Committees. His academic accomplishments have promoted him in the rank of Associate Professor in 2012. With his academic accomplishments, he also continued his academic administrative duties at Gulf University. He fulfilled his duty as the Dean of Admissions and Registration of Gulf University. Also since 2015, he has been extending his duty as the Acting President of Gulf University and in 2017 he became the President of Gulf University. 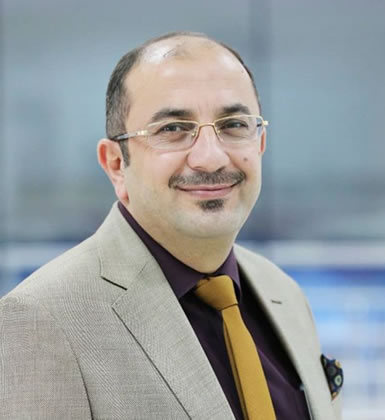